December 4th, 2020 REBEL’s cult album STARGAZER from 1982 will be officially released on CD for the very first time! The masterpiece was remastered by Jacky Lehmann (SAXON, BIFF BYFORD, and many more). It is 1982 and the Hard’n Heavy scene in Germany is about to grow. One of them is called REBEL and it is the brainchild of a young guitarist called Tommy Clauss. John Lawton, ex-Singer of URIAH HEEP and LUCIFER‘S FRIEND, was on a promotion tour for his album „Heartbeat“ in Germany, when Tommy had the chance to meet him and to ask if he wants to produce their album. After John agreed they started to record ‘STARGAZER’. Because the singer of the band had a few problems to sing the songs, John himself stepped in.

Later in the 80s John and Tommy teamed up again for the first album of a band called ZAR. But this is a totally different story! 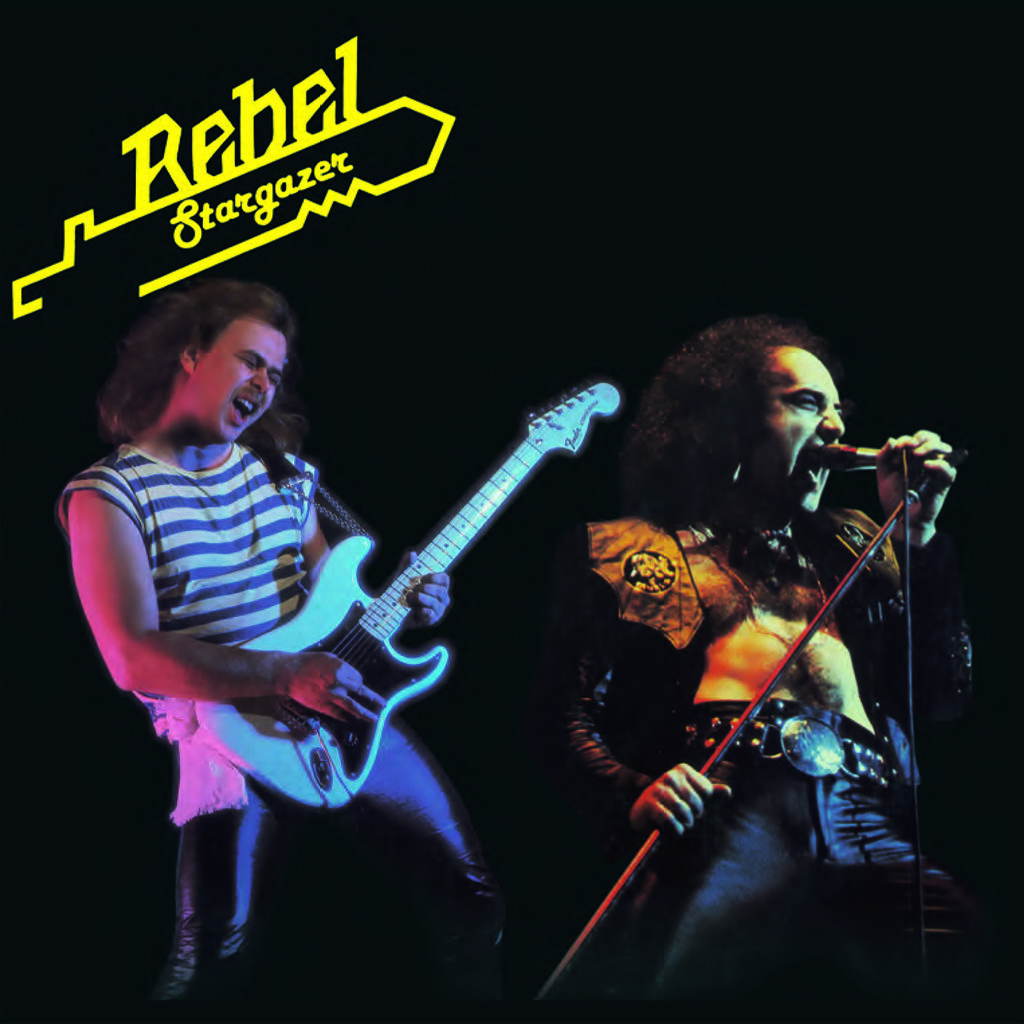